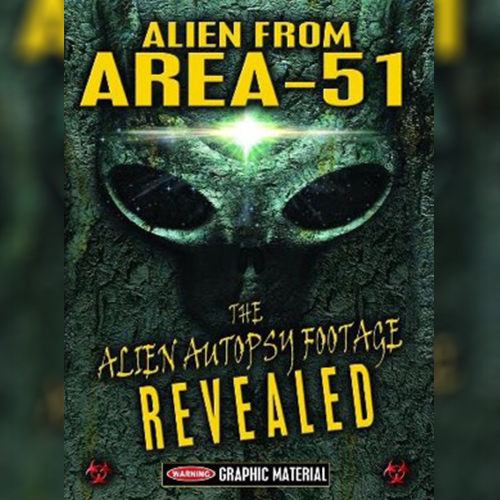 There have been thousands of UFO photos and hours of video footage submitted to UFO researchers in the last 50 years, but by far the most controversial is the Alien Autopsy Footage. London businessman Ray Santilli, originally launched the footage on the TV viewing public in August 1995. Santilli claimed it showed the autopsy of a dead alien recovered from a crashed flying saucer found near Roswell, New Mexico in 1947. The body was then moved to Hanger 18 at the infamous Area 51 also known as Dreamland. Until now, no one has known the real facts behind the Alien Autopsy Footage. For over fifteen years the creators of the infamous film have remained silent. Warner Bros. made a hit feature film and the world wanted to know more. Now Ray Santilli and Gary Shoefield reveal all, including the truth about sinister Men in Black invading their lives; how the Chinese knew about the original footage; their beliefs in alien visitation to planet earth; how governments around the globe are dealing with the phenomenon; and the genetic manipulation of human kind. An unprecedented perspective on the UFO enigma and what it means for us all, Alien from Area 51 will test your beliefs and rattle you to the core. See the entire Alien Autopsy Footage, unedited and uncensored. The time is coming for alien intervention on planet earth whether we are ready or not.