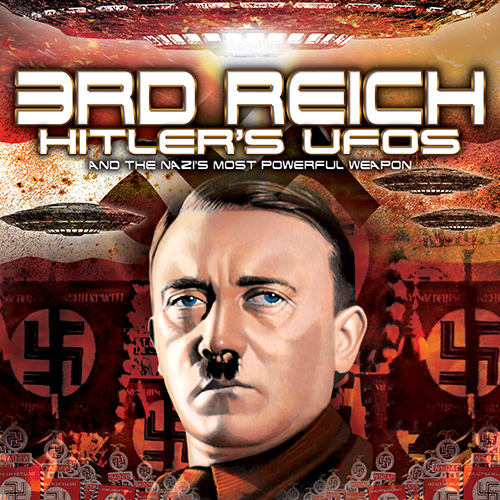 The Nazi’s possessed technology that very advanced. After being captured, many top scientists and psychiatrists of the elite Nazi regime, admitted that an outside force assisted them, and that the Third Reich’s ultimate mandate was to create “the most powerful weapon.”
Hitler’s UFO’s is the story of the Nazis and the Aliens from outer space. Dark Secrets of the Nazis: Researchers now believe WWII was the result of a massive, worldwide conspiracy by an elusive secret society known as the Illuminati. A secret sect so powerful they not only control economics and politics, but may very well be involved in manipulating society itself via advanced technology; while controlling staggering secret knowledge not shared with anyone, including the heads of nations.